Spreading the News: Vikings Visit Westminster Ahead of Their Return to York | JORVIK Viking Centre

News of the flooding of JORVIK Viking Centre made international headlines and prompted Parliamentary debate last December, so a small horde of Vikings – accompanied by archaeologists and museum bosses – headed down to Westminster yesterday (Friday 2 December) to a reception in the Palace of Westminster to update politicians and supporters on the plight of one of the world’s most famous attractions.

The reception was organised by Baroness Harris of Richmond. Representatives of York Archaeological Trust, including chief executive David Jennings and director of attractions, Sarah Maltby, explained the work that has gone into not only re-imagining the JORVIK Viking Centre experience for its re-opening on 8 April 2017, but also the measures put in place to protect against future flooding. They also explained how York Archaeological Trust’s educational remit has been met through a series of innovative exhibitions with key partners in the city, a touring exhibition and working closely with schools and educational groups to support curriculum studies on the Viking era.

“York Archaeological Trust is a small charity which runs one of the best-known visitor attractions in the country. Despite the flooding irreparably damaging most of our Viking city recreation and artefact galleries, we have still welcomed thousands of school children to our temporary exhibitions – especially in the adjacent York St Mary’s in partnership with York Museums Trust and the treasury of York Minster – and kept some of the most important Viking artefacts ever found in this country on public display,” comments David Jennings.

Baroness Harris raised the plight of York Archaeological Trust in the House of Lords following her visit in January, particularly requesting funding from the Government to help re-open JORVIK Viking Centre, and indeed, the Trust has received financial support from many different sources, from individuals to Arts Council England, to help re-imagine the Viking attraction with the latest technology and archaeological discoveries when it re-opens in time for Easter 2017.

Significantly, funding from insurers has enabled York Archaeological Trust to retain all members of staff who work at JORVIK Viking Centre throughout the period of closure. With the Viking interpreters playing a key role in the educational message, three York-based exhibitions and educational outreach programmes have ensured that their skills have been retained, alongside those of the front-of-house and technical staff who keep the Trusts five visitor attractions running smoothly.

“Our fundraising efforts top up the monies received from our insurers which would have enabled us to re-build the original displays. However, with technology and our understanding of Viking-age York moving on since our last major refurbishment, we’ve taken the opportunity to re-imagine the Viking city, and to improve the specification of our galleries so that we can welcome touring collections from other museums alongside our own internationally-acclaimed collection of Viking artefacts,” explains Jennings.

The campaign to celebrate the re-opening of JORVIK Viking Centre has now begun, with hundreds of booking already received for the opening weeks, and educational visits returning to the attraction from 1 May 2017. The annual JORVIK Viking Festival (20 – 26 February) – which is entirely funded and organised by York Archaeological Trust – will tell the prequel story to the new displays, focusing on the last days of King Eric Bloodaxe, whose departure from York signalled a brief period of decline before a resurgence in trade and commerce in the city to restore it for another 100 years as the capital of Viking Britain.
For more information, please visit www.returnofthevikings.co.uk

Notes to editors:
House of Lords Question regarding flooding and tourist attractions, 12 January 2016 at 2.59pm
Baroness Harris of Richmond raised the issue of Jorvik Viking Centre’s flooding in the House of Lords on 12 January 2016, calling for HM Government to urgently match any funding from City of York Council and North Yorkshire County Council to bring the centre back to life as soon as possible.
Her appeal was supported by the Earl of Courtown, who advised that Arts Council England was in active discussions with museums affected by the December 2015 flooding.

Lord Campbell-Savours spoke appealing to Ministers to re-examine insurance flood cover to ensure that businesses in flood areas would be able to seek flood insurance for their commercial premises, with the Earl of Courtown confirming that Ministers were in discussions with the insurance industry.
Baroness Afshar recognised the extraordinary generosity of the citizens of York during the floods, and also called for funding to help renovate the museum to extend tourism in the city.

Lord Cormack highlighted not only the tourist attraction aspect of Jorvik Viking Centre’s work, but also the real scholarship that supports it.
Lord Stevenson of Balmacara praised the heroic efforts of the workers of Jorvik, in particular in saving key artefacts including the last remaining Viking sock. He also asked what measures would be taken to ensure that the artefacts that had been put in storage were still available, during the closure of the Jorvik Viking Centre, for education and other purposes.
A full transcript of the question can be found here. 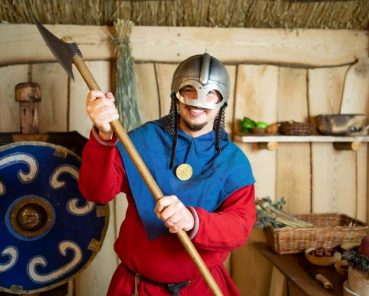 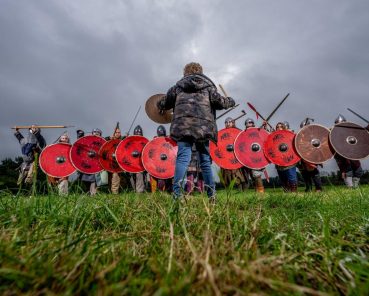 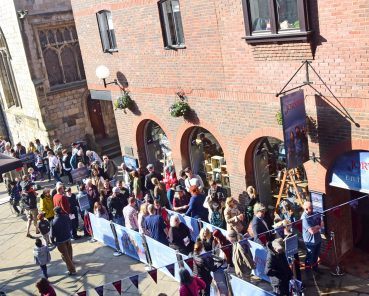