The Vikings were not known for their subtle arrivals, so it is little wonder that the return of the Vikings should be forewarned in spectacular style with the head of a two metre-long axe smashed into the streets of York! That’s the scene that will greet visitors over the half term break, as JORVIK Viking Centrereveals the date of its reopening!

The giant axe, which appears to be buried into the pavement, made its first appearance on Friday in Stonegate, but will be moving around the city throughout half term as the Vikings stamp their claim on the city. Trying to predict the next location will be Team ODIN (Official Detectives Investigating Norse), who will be sharing details of when the Vikings are expected to repopulate the JORVIK Viking Centre.

“The closure of JORVIK Viking Centre following the 2015 floods made international news, and we’ve had a constant stream of enquiries ever since asking when people will be able to visit again. We’re very excited to announce our official re-opening date as Saturday 8 April, which is the start of the Easter holidays – the perfect time to celebrate the rebirth of JORVIK Viking Centre and the return of the Vikings,” comments director of attractions for York Archaeological Trust, Sarah Maltby.
For the moment, the JORVIK team is keeping under wraps exactly what the newly reimagined Viking city will be like, although certain details have already been announced. For example, many of the men and women who populate the famous ride through Viking-age Coppergate will now be animatronics rather than static models, recreating the hustle and bustle of real Viking streets in exactly the same places that real Vikings lived, worked and traded.

“Large parts of the Viking city are being completely rebuilt – including the riverside area, which was damaged when water from the real River Foss penetrated the building – and the whole sound system and commentaries will be different, as the sound modules in our time capsules were damaged beyond repair. This means we can not only update the technology, but also the content to integrate the most up-to-date archaeological discoveries about life in tenth century York, reflecting the on-going research that York Archaeological Trust has done of items found during the Coppergate Dig since the last major refurbishment in 2010,” adds Sarah.

Visitors can be first in line for the new JORVIK Viking Centre experience on 8 April 2017 by reserving tickets online, with the first tickets released on Monday 24 October. For more details, please visit www.returnofthevikings.co.uk or follow #ReturnOfTheVikings on social media.

Notes to editors:
Bookings for educational visits to JORVIK Viking Centre will also open on Monday, with dates available from 1 May 2017 onwards. The new incarnation of the JORVIK Viking Centre will be the fourth since it was first opened in 1985. It has since welcomed over 17 million visitors from all corners of the globe. The research behind JORVIK Viking Centre continues to reveal exciting new discoveries about life in Viking-age York, with archaeologists from York Archaeological Trust (which owns and operates JORVIK) continuing to explore the finds from the Coppergate dig in the late 1970s and early 1980s. York is now recognised as a global centre for excellence in Viking research. 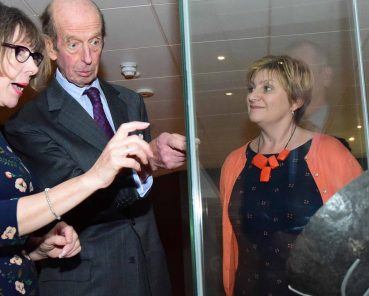