Flames from a 25ft wicker wolf lit the dusk sky in York to welcome the return of the Vikings to York’s JORVIK Viking Centre, which re-opens on Saturday 8 April 2017.

Flames from a 25ft wicker wolf lit the dusk sky in York to welcome the return of the Vikings to York’s JORVIK Viking Centre, which re-opens on Saturday 8 April 2017.

The huge wicker wolf was burned as night fell in a ceremony involving Vikings carrying flaming torches at Bustardthorpe Field in York, marking just one week until the Vikings return to their home for the last 34 years – JORVIK Viking Centre.  The enormous wicker totem, which represents the wolf Geri – a companion of Norse God Odin – burned bright as it was surrounded by Viking warriors and settlers.

“The wolf was used in Viking symbology to represent the hunter, which is entirely appropriate for the new JORVIK Viking Centre, as the first Viking character that visitors will see is a hunter heading back into the city with his dog as our visitors arrive in their time capsule,” comments director of attractions for York Archaeological Trust, Sarah Maltby.  “Wolves also put in an appearance in the visions conjured up by our storyteller later in the reconstruction of Viking-age Coppergate, when he tells the story of Ragnarok – the Viking apocalypse, as one of the guardians of the gates of Hel, Gromr, is recreated in the Skald’s fire. The poem our storyteller recites is called Völuspá, or the Prophecy of the Völva (Seeress), which is the first and best known of the Proetic Edda, a collection of Old Norse sagas.”

The wolf-burning ceremony took place as the attraction was handed back to York Archaeological Trust by the company behind the re-imagining of the world-famous attraction, RMA Themed Attractions.  RMA had also worked on the three previous incarnations of JORVIK which opened in April 1984, with subsequent updating in 2001 and 2010.  Staff at the attraction now have a week to add the finishing touches, before they welcome the visiting public from 10.00am next Saturday (8 April).

The opening weekend will see a host of Viking-themed entertainment taking place in Coppergate Square, with Norse sagas and storytelling, skirmishes and have-a-go sessions for potential new Viking recruits starting from 9.00am on Saturday.  Live music as well as some of the music created for the new galleries will ring around Coppergate to get everyone in the Viking mood.

“As a special treat for the first 100 sets of visitors  to arrive on Saturday morning will be presented with a golden ticket for a special limited-edition coin set, which they will be able to collect from our resident Viking coin-striker. We can also announce that as all of the time slots for the opening weekend were booked, we have now opened up additional Fast Track tickets for people to pre-book their visit in advance, although we will have plenty of capacity for walk-up visitors throughout the weekend, with a packed programme of entertainment to keep them amused whilst they wait!” adds Sarah.

Tickets can be pre-booked online at the new JORVIK website, www.jorvikvikingcentre.co.uk.  Ticket prices remain the same as they did before JORVIK closed in December 2015: £10.25 for adults, £8.25 for concessions and £7.25 for children.  Family tickets are available for £30.95 (two adults and two children) or £32.95 (two adults and three children).  Full price tickets are valid for unlimited repeat visits for 12 months from the date of issue.  Joint tickets are also available with other attractions in the JORVIK Group – please visit the website for details.

The media preview of JORVIK Viking Centre takes place on Thursday 6 April, from 10.00am to 4.00pm.  Journalists wishing to attend should pre-register by contact Jay Commins on 01904 500698 or email jay@pyperyork.co.uk 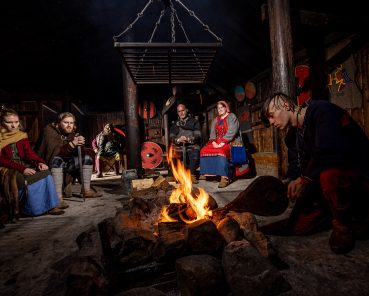 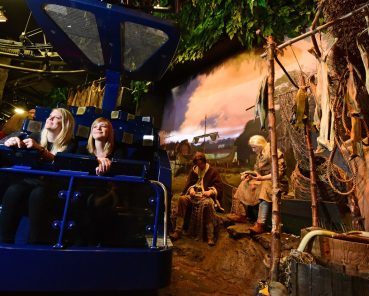